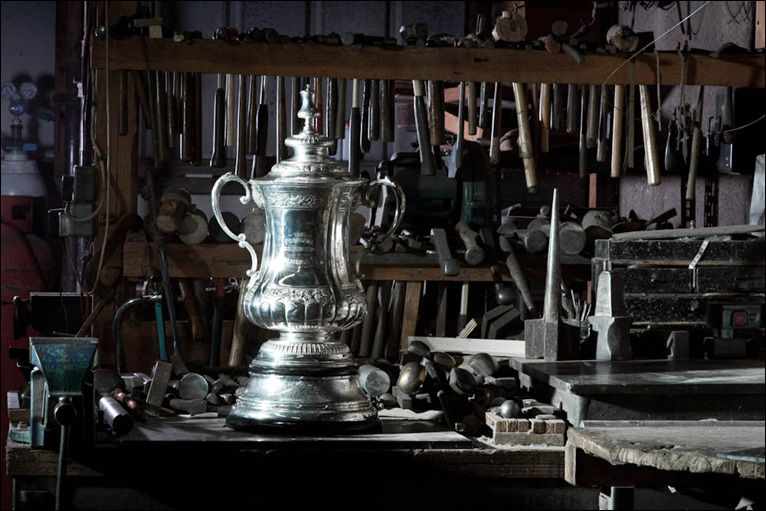 As the FA.com describes in its article:

The FA Cup silversmith Thomas Lyte this week returned the famous trophy to The FA in preparation for Saturday’s Final.
After spending the last year with the current holders, Chelsea, The Cup was handed over to Thomas Lyte for some last-minute maintenance ahead of the Wembley showpiece.

Also in attendance was Thomas Lyte’s master silversmith, and he explained a bit more about his involvement with The Cup.

He told FATV: “The FA, to their credit, let the [winning] club keep The Cup, so [it] gets a year of going round, being celebrated so it’s therefore going to get knocked and dropped and dented and it’s my job to take those out.”