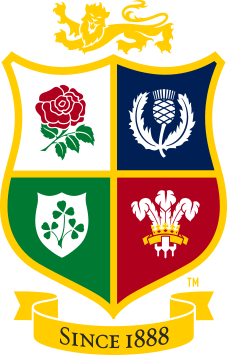 Official supplier of
the British and Irish Lions

As luxury silversmiths and elite sports trophy makers, Thomas Lyte were commissioned by the Lions to design and create the gold-plated sterling silver trophy in time for the 2021 Castle Lager Lions Series in South Africa, as well as the silverware for The Vodafone Lions 1888 Cup meeting with Japan in June that same year. One of the most anticipated events in the international sporting calendar, we are delighted to show our creativity and craftsmanship to a global audience at the climax of one of rugby’s greatest competitions.

The Lions have become part of rugby folklore since the first tour in 1888. Every four years, The Lions have taken on national teams from Australia, New Zealand and South Africa, yet most of the tours in the past have taken place without a trophy being awarded.

“Selection for a tour is the pinnacle of any player’s career and an endorsement that you are amongst the very best in your position. We feel much the same, having been named as the Official Silverware Supplier to The British & Irish Lions,” said Kevin Baker, CEO and Founder of the luxury silversmiths and goldsmiths Thomas Lyte.

Thomas Lyte’s trophy designers worked with the Lions, creating many custom trophy designs to create an iconic symbol of celebration. Combining traditional skills with modern engineering, the new tour trophy was handcrafted at our London-based silver workshops by our team of master craftsmen and women, taking more than 150 hours to make.

The announcement of the new one-of-a-kind rugby trophy means that more than just bragging rights were up for grabs during the eagerly awaited 2021 Castle Lager Lions Series in South Africa, when the famous rivalry with the Springboks – which stretches back to 1891 and includes 14 series in total – was renewed. The test series and the trophy was won by South Africa, 2-1.

Castle Lager brand director, Kudzi Mathabire expressed excitement, ahead of the tournament, for the carefully crafted piece that hit the South African shores for all to experience: “This incredible trophy is a symbol of what to expect when two greats come together in a clash as rare and as unique as the Castle Lager Lions Series.”

In addition to creating the Lions Series Trophy, Thomas Lyte was commissioned to design and make the medals for the series while also designing and making The Vodafone Lions 1888 Cup, a second new perpetual trophy, that is contested for in the pre-tour warm up test match.

The trophy was lifted first by the Lions against the Brave Blossoms, Japan, in preparation for the series, in Edinburgh on 26 June 2021. The fixture at BT Murrayfield was the first-ever clash between the world’s greatest touring side and Japan – and the first time a home fixture has been played by the Lions since 2005.