Few players in the history of tennis have attained the status of Rod Laver, the Australian great who won 11 Grand Slams in his career and twice pulled off the extraordinary feat of winning all four in a single calendar year. The man known as ‘the Rocket’ was never reticent about reaching for the stars.

Makers of the Laver Cup

Given the enormity of Rod Laver’s achievements, Thomas Lyte was hugely honoured to be handed the responsibility of making the Laver Cup, a trophy bearing his name for the annual competition between Europe’s top six players and their counterparts from the rest of the world, a tournament that has been played in cities around the world – alternating between Europe and the US – since 2017.

It’s one of the great modern elite team contests and, as such, Thomas Lyte’s bespoke hand-crafted trophy is a dramatic reflection of the Australian’s career achievements. 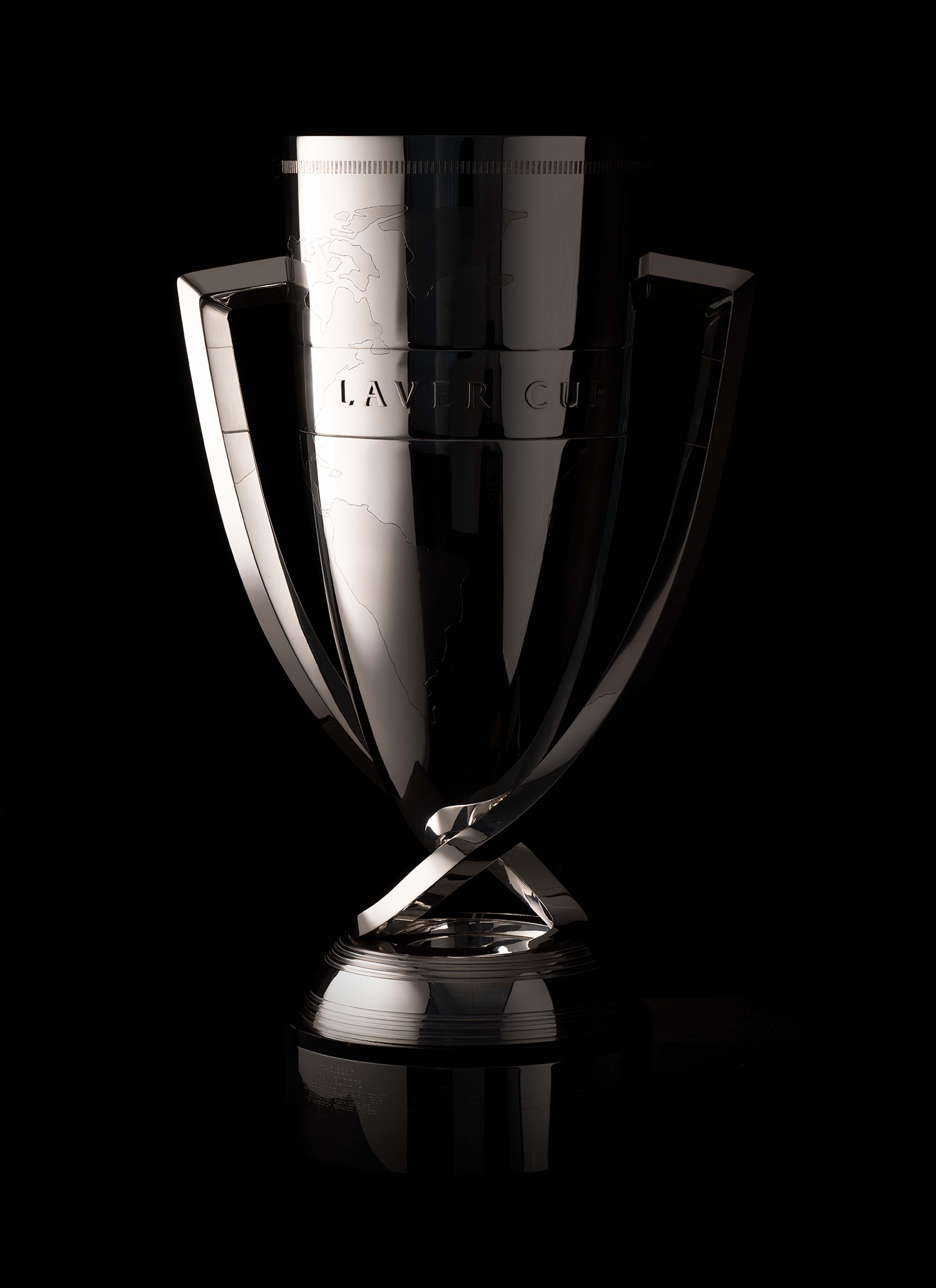 Who made the Laver Cup?

The trophy, made by elite sporting trophy-making company Thomas Lyte, was meticulously hand-crafted from sterling silver and subtly resembles a rocket, in honour of the man born in Rockhampton in 1938. The trophy itself has a number of distinctive individual features, all of which contribute to one of tennis’s most recognisable trophies.

Who designed the the Laver Cup?

The design of the trophy was the brainchild of renowned London agency, Designwerk.

For those who may be unaware of Laver’s career achievements, the trophy is a history lesson in itself. There are 200 hand-engraved notches around its rim, each of which represents a singles title won by the Australian during his 23 years on the circuit as an amateur and professional.

The two sets of four rings on the base, meanwhile, signify the Grand Slams he won in 1962 and 1969. Laver remains the only man to win all four titles – the Australian Open, French Open, Wimbledon and the US Open – in the same calendar year. It’s a measure of his greatness that he achieved the feat twice.

The stunning curved arms on the side of the trophy come together to symbolise rivals becoming team-mates – a reality that encapsulates the spirit of the annual cross-continent clash. 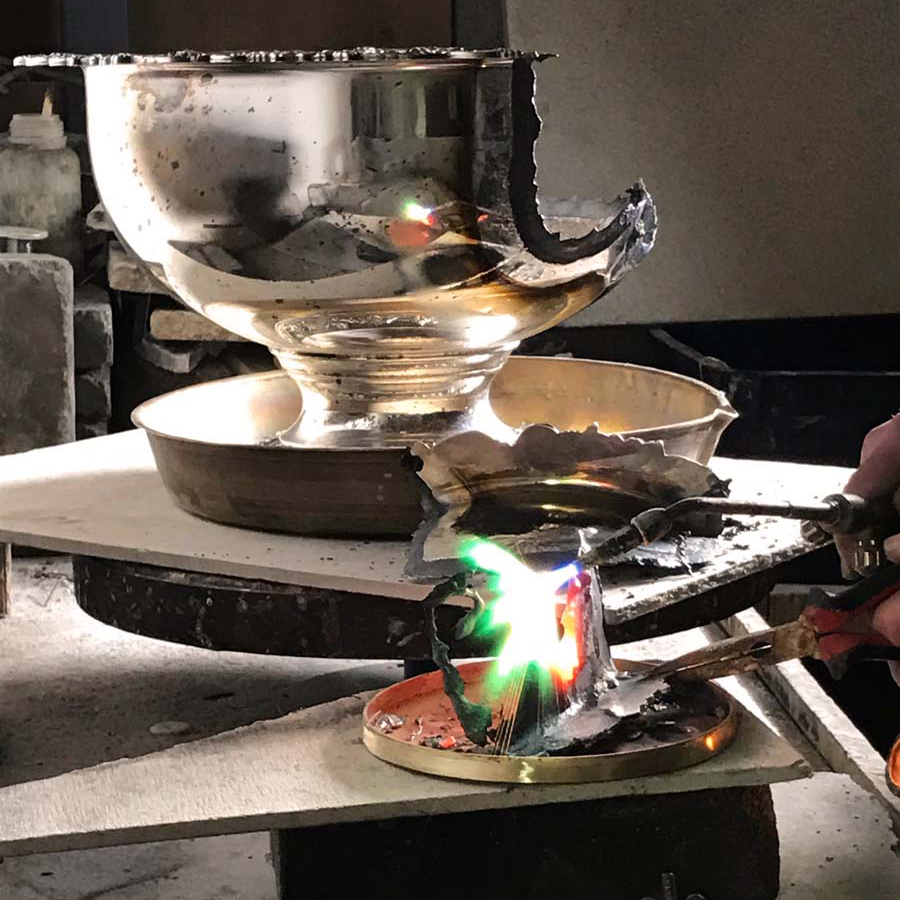 Molten metal from Laver’s own New England Merchant Bank Trophy from the US Pro Tennis Championships in 1967, was incorporated into the trophy in another unique twist to a very modern classic.

“Thomas Lyte is hugely proud of the role we have played in creating this incredible trophy. At first glance, the trophy is a remarkable piece of craftsmanship but once you get close and examine the detail and the thought that has gone into the creative process, then you can see how the trophy is a true reflection of Rod Laver’s career and on-court greatness.” 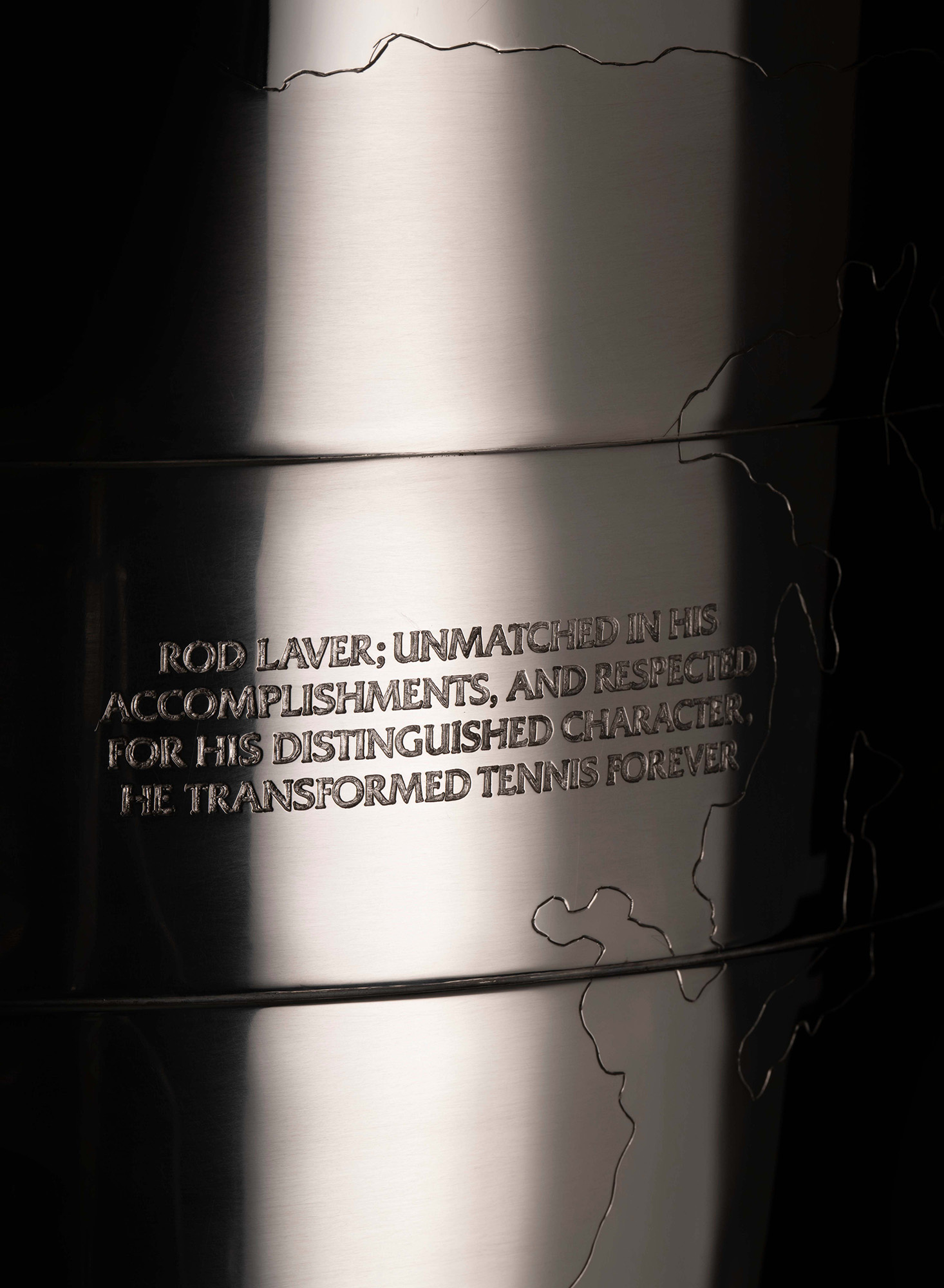 Thomas Lyte’s silversmiths and goldsmiths then handcrafted the trophy, with our in-house team of specialists using their decades of experience and skills during the 400 hour production process. Standing at 66cm in height and weighing 14kg, this stunning trophy is as much a testament to the creative brilliance that helped to create it, as the on-court excellence of those that compete for it. The shared values that it engenders stretch well beyond the boundaries of sport.

It took the full range of Thomas Lyte’s expertise to complete the trophy, with our talented silversmiths, polishers, and engravers ensuring that the design brief was completely fulfilled. Our quality control team then put one of tennis’s newest and most prestigious trophies through meticulous checks, and finally, the long-awaited sign-off. Again, this is a crucial element of our work, with no trophy leaving our London-based workshops without this final process being rigorously completed. 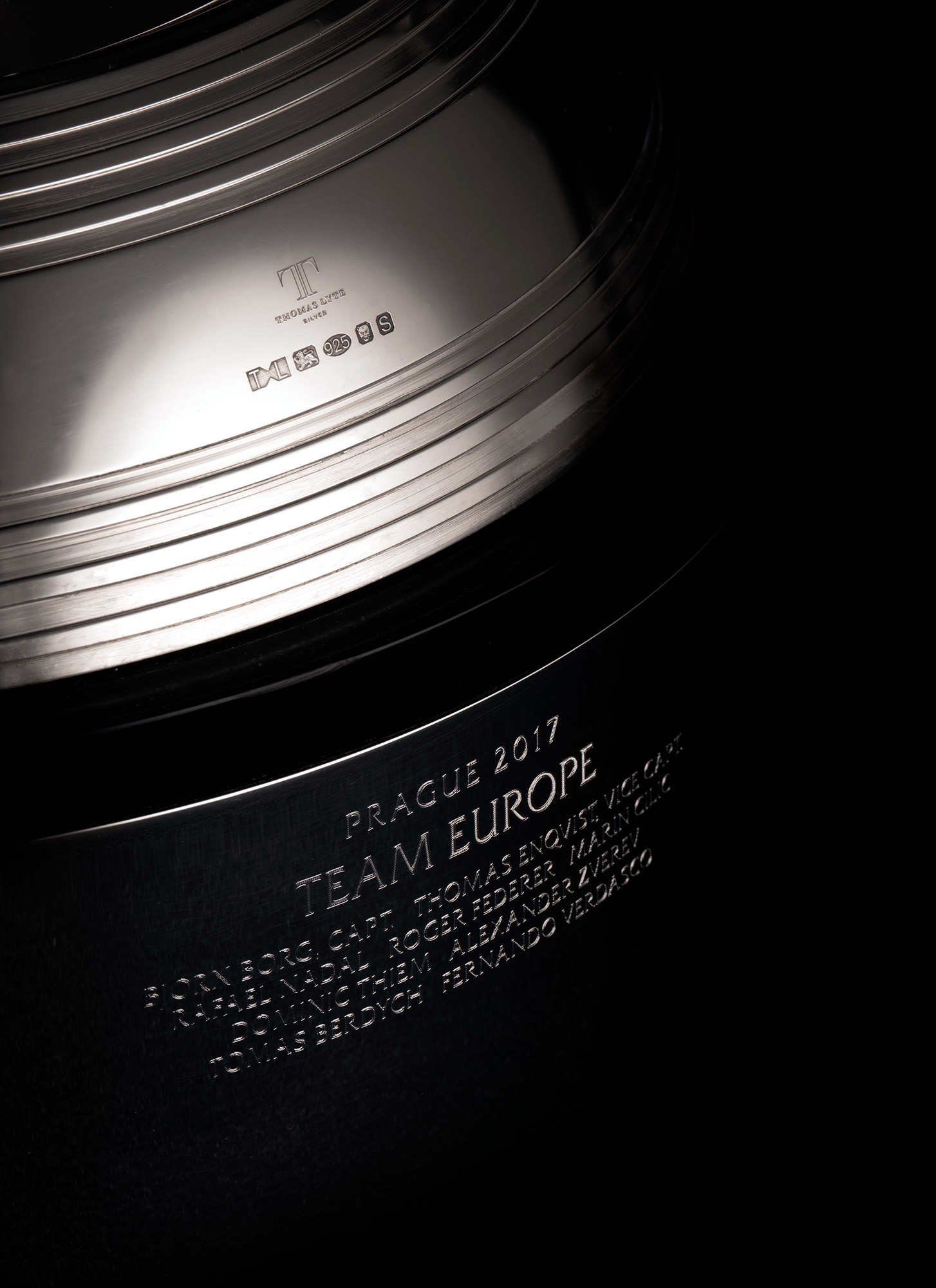 “Every win, of course, had its significance during my career but to see them represented collectively so beautifully all these years later is extremely special. When I look at the Laver Cup, I am so proud to have my name on it.”

History of the Laver Cup

The Rockhampton Rocket was a man who loved breaking down barriers and that’s exactly what the cup named in his honour is doing too. Rivals becoming team-mates is something that happens across all sports, witness the bi-annual Ryder Cup – another trophy restored by Thomas Lyte – as an example. But few have the ability to build bridges across continents and spread a global message.

The first Laver Cup was played in Prague in 2017 and featured some of the sport’s all-time greats, including Roger Federer and Rafael Nadal. The team’s captains also sprinkled some stardust, with Bjorn Borg leading the European side and John McEnroe taking on the same role with Team World.

A huge hit the first time around, it has since become a staple of the modern tennis calendar.

Thomas Lyte’s has enduring links with tennis, and is responsible for designing, making and restoring some of the sport’s most prestigious and well-known trophies, including the Nitto ATP Finals Single Trophy and the ATP World No.1 Singles Trophy. Thomas Lyte are also honoured to be the restorers of both the Davis Cup and the Billie Jean King Cup, formerly the Fed Cup. 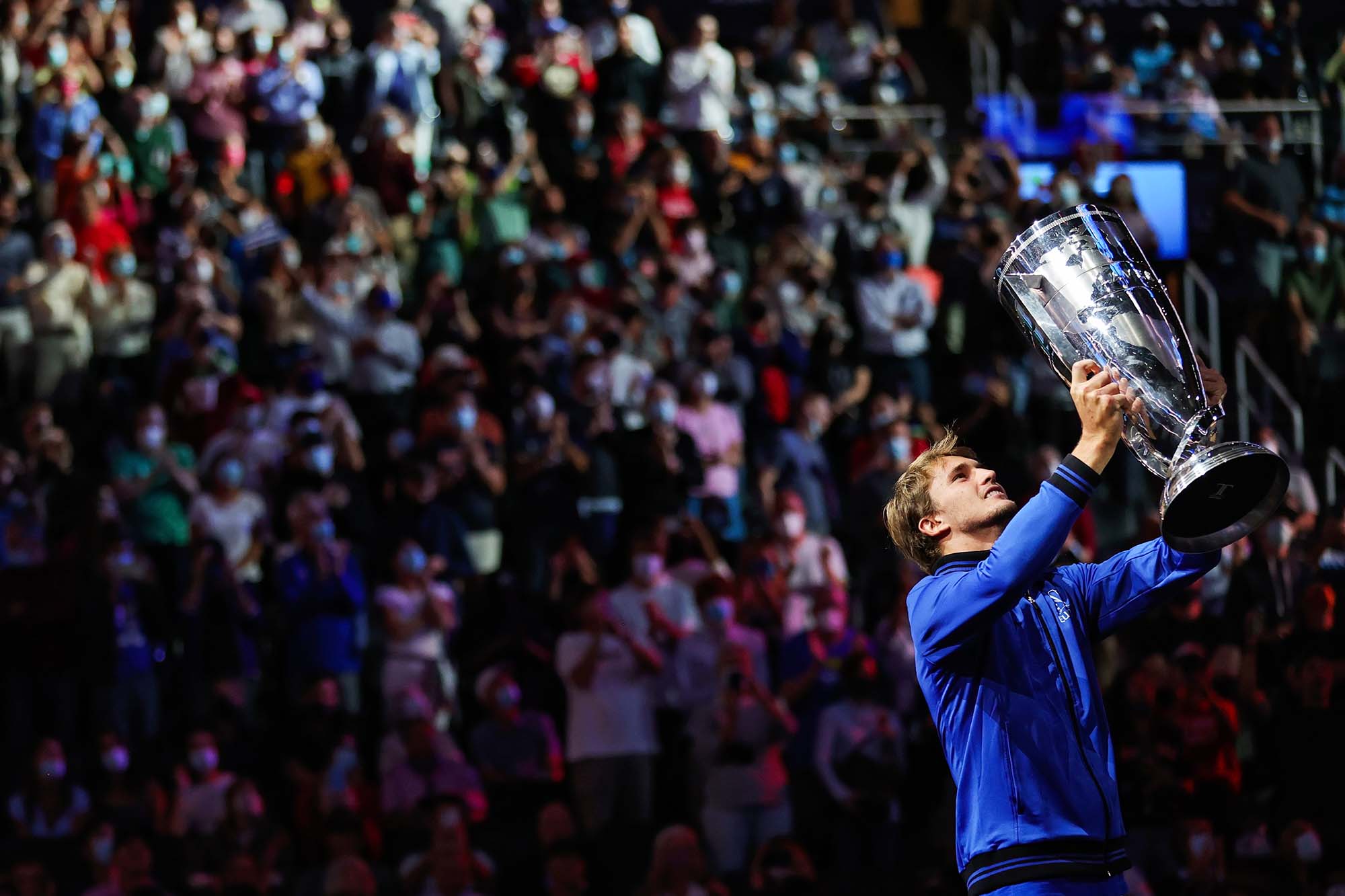 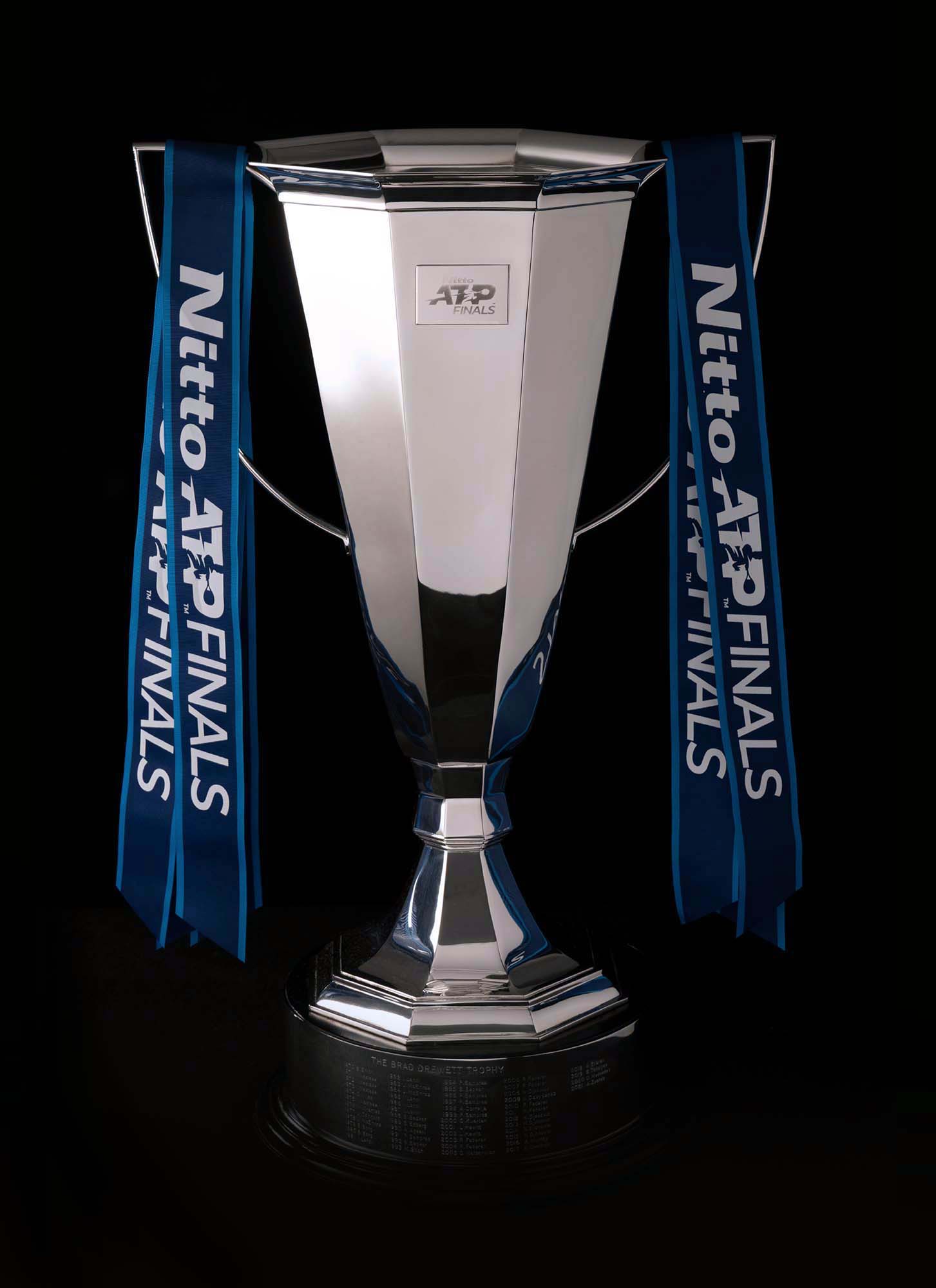 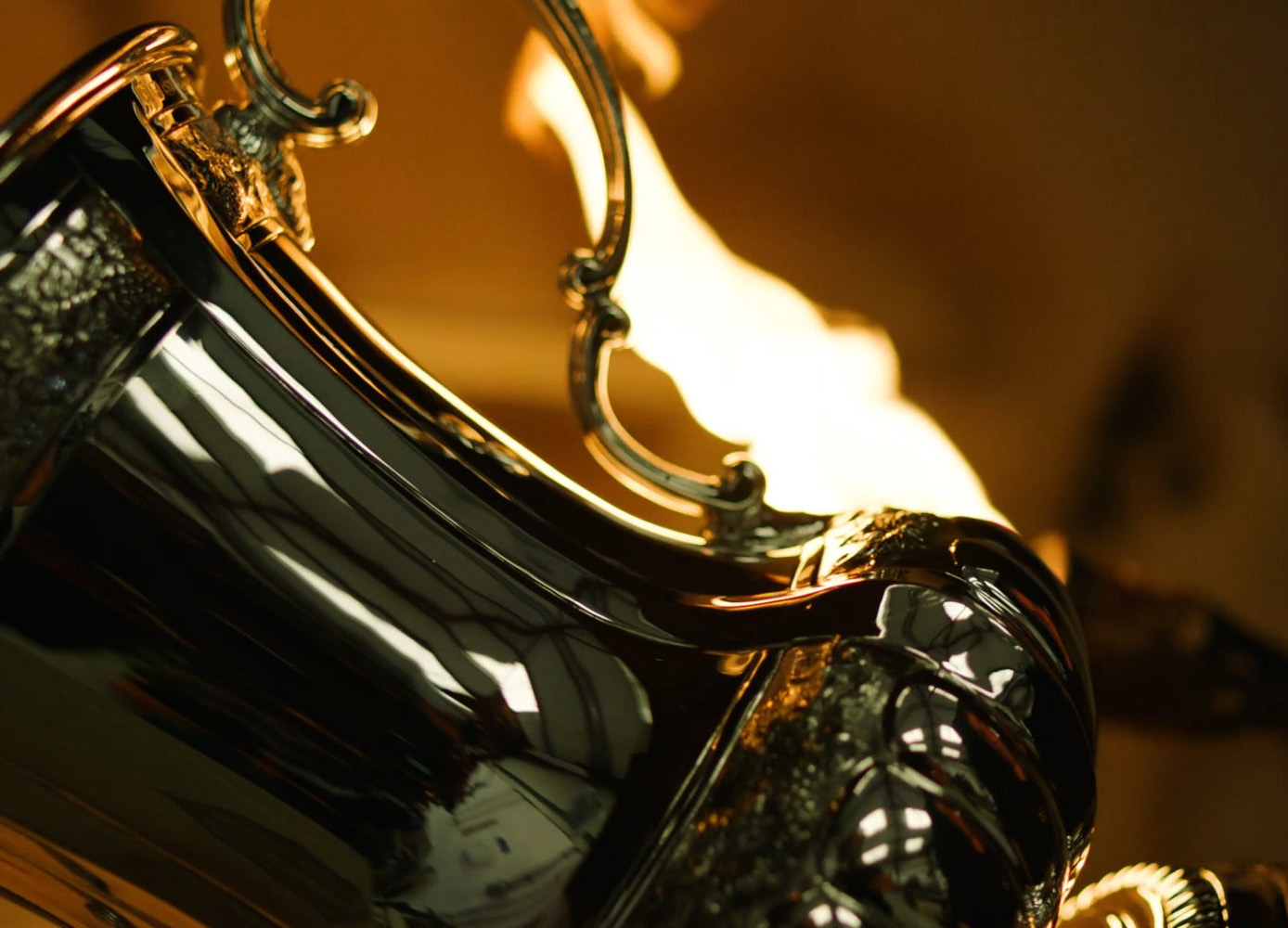 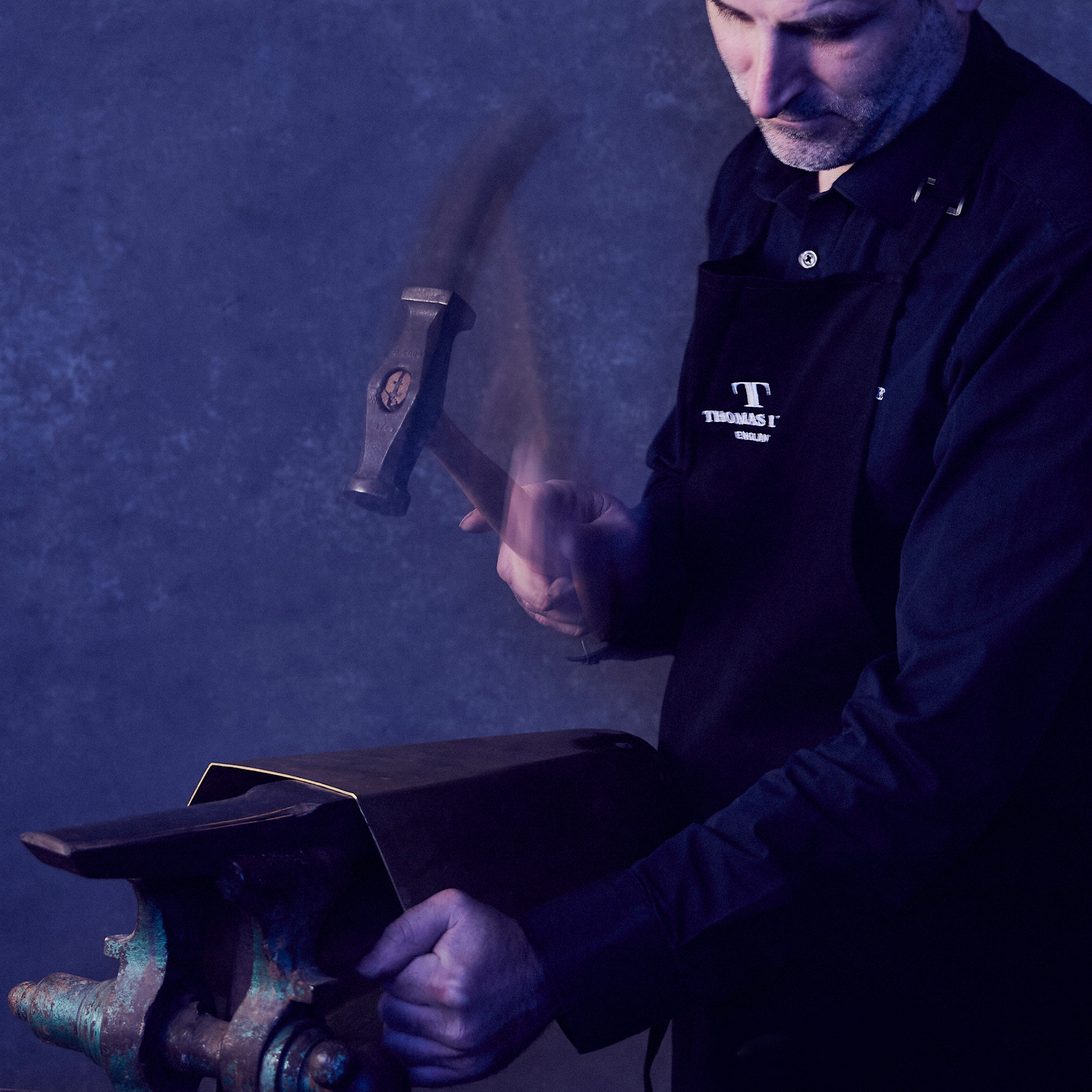 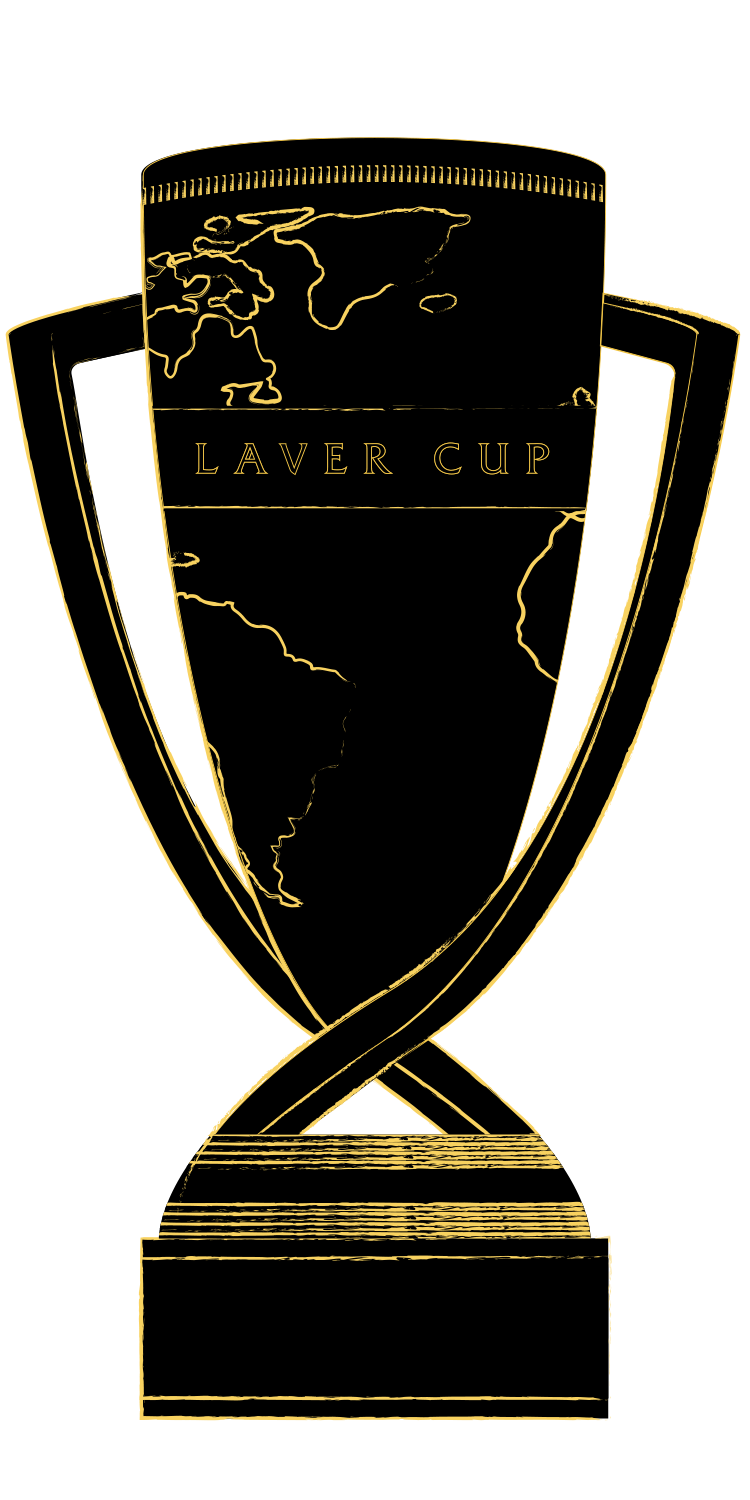 Thomas Lyte are proud to be the makers of The Laver Cup.

What is the Laver Cup?
The Laver Cup is an international men’s team tennis tournament that pits a team of six top European players against six of their counterparts from the rest of the World.

The event is played over three days, with four matches on each day (three singles and a doubles). Points are awarded for victories, with the first team to earn 13 points out of a total 24 points available winning the trophy.

How often does the Laver Cup take place?
The event takes place every year, the second week after the US Open.

How long did it take to create the Laver Cup trophy?
It required over 400 craft hours in Thomas Lyte’s world-renowned London workshops to create this iconic trophy.

What does the engraving on the Laver Cup trophy signify?
The Laver Cup has 200 notches on the rim to represent Rod Laver’s career tennis titles, with two sets of four rings on the base representing Laver’s Grand Slams, in 1962 and 1969.