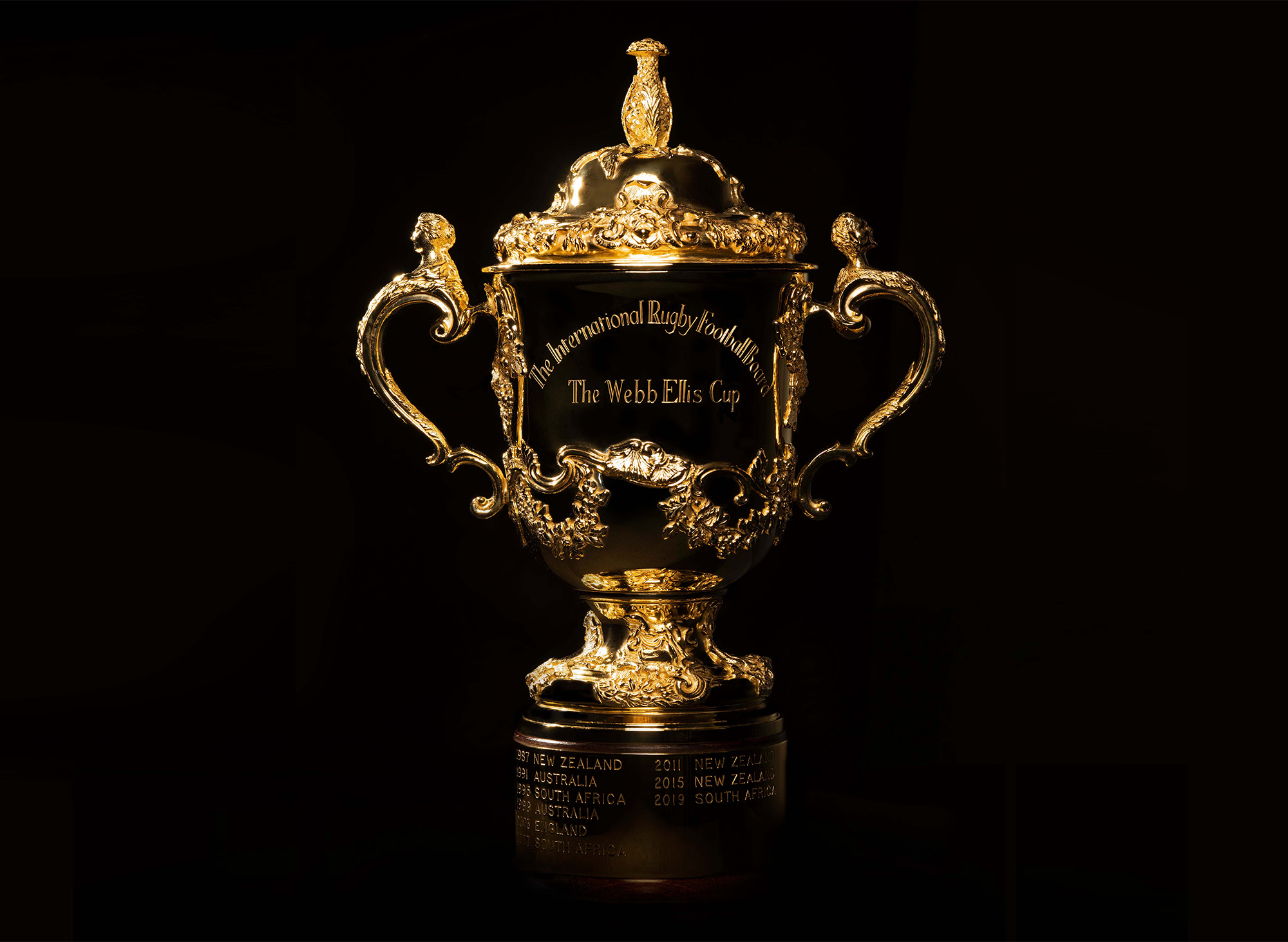 London, England:  Rugby World Cup returns to England in September 2015, where champions of this year’s tournament will uplift the Webb Ellis Cup on the 31st October 2015. Thomas Lyte, London based goldsmiths and silversmiths, are proud to be entrusted with care and restoration of this exquisite beacon created for Rugby’s greatest competition.

The antique trophy was originally made in 1906 but only presented for the first time in 1987 when the Rugby World Cup was held in New Zealand. Since that time, the Trophy has been celebrated by the winning captains of only four different countries, including Martin Johnson of England in 2003.

Standing 38cm high and weighing 4.5kg, it is crafted from solid sterling silver and 24 carat gold plate and supported by two cast scroll handles; one executed with the head of a satyr and the other a head of a nymph.

Nicola Alesbrook, Rugby World Cup Tournament Manager said: “Rugby World Cup Limited has worked closely with Thomas Lyte for many years over a number of projects, most importantly in relation to the Webb Ellis Cup ensuring it is maintained in the best possible condition at all times. Thomas Lyte has always provided exceptional levels of service, going out of their way to assist with any request in any given timeframe. The skilled silversmiths have always taken enormous pride in the work they undertake on the Webb Ellis Cup.”

Thomas Lyte is one of the few establishments in the UK producing the finest silver and gold décor for the World of luxury. The London workshops are responsible for designing and making trophies across the globe for the most recognised sporting competitions. In January 2015 Her Majesty The Queen appointed a Royal Warrant to Thomas Lyte as Goldsmith and silversmith to the Royal Household.

Thomas Lyte has a strong affiliation with rugby. They design and make trophies and awards for all the leading international rugby tournaments, including European Champions and Challenge Cup, the RBS Six Nations Championship.