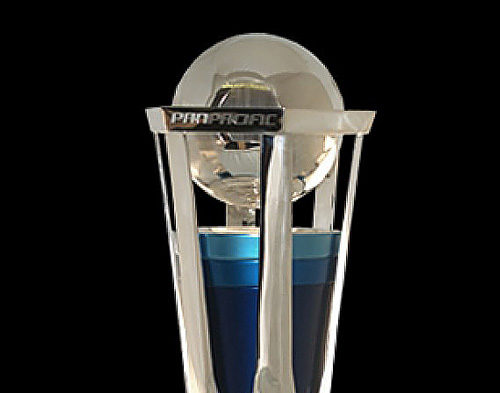 Having worked with us to create other trophies such as The Superliga and Interliga trophies, this trophy had to have colour and a link to the tournament branding.  The blue represents the colours of the ocean, and the shape of the trophy is linked into the tournament logo. Made in silver plate, the trophy measured over 50cms high and was presented just once, in 2009.