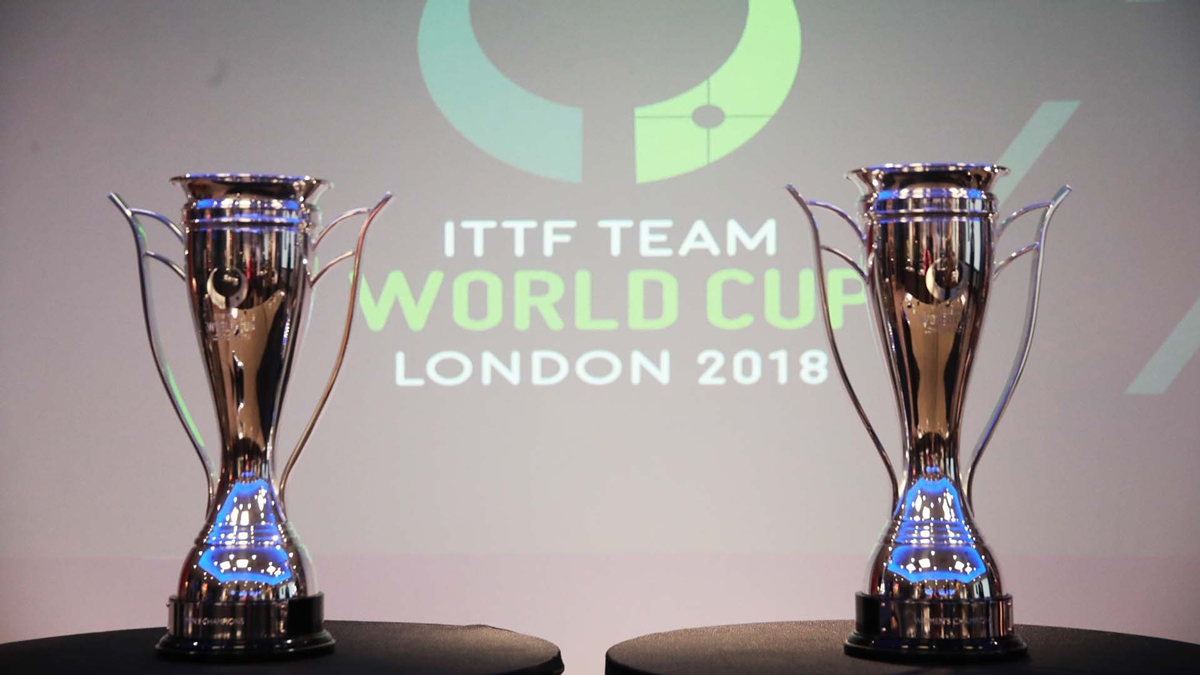 Thomas Lyte are delighted to have been commissioned to be the Designers and Makers of the new ITTF Team World Cup Trophies. Both the men’s and women’s trophies were unveiled at the draw for the 2018 World Cup taking place at The Copper Box in London from the 22nd of February to the 25th of February 2018.  It is the first time that England has hosted the Team World Cup.

Alongside the new trophies, an announcement of a new structure to the world tournaments signal exciting times ahead for the sport and the team at Thomas Lyte are thrilled to be involved.  Comprising of a total of 12 men’s and 12 women’s team, the teams are made up of a host team, the Continental Champions and other top finishers at the 2016 World Team Table Tennis Championships.

Handcrafted in our London workshop, the trophies stand at an impressive 46cm tall.  Featuring the engraving of the ITTF logo, the sweeping handles reflect the movement of the ball in a topspin curve across the table.  Crafted in the shape of a vase, this trophy stands on a wooden plinth.