Designers and Makers of UFL Trophy 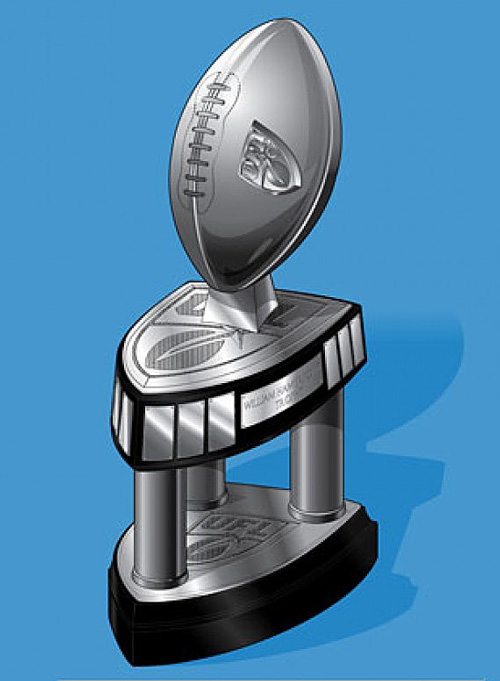 Thomas Lyte are humbled to be the Designers and Makers of The UFL Trophy in America.  The UFL trophy was another collaboration with Richard Levy Productions in New Jersey.

This tier of American Football, one below the NFL, commissioned a new bespoke trophy and their brief was simple, make it big. Thomas Lyte responded with this huge trophy featuring a full-size representation of a football on a kicking tee, on a two-tier plinth. The total weight of the trophy was in excess of 23kgs and required two U.S. Marines to lift the trophy when it was presented to the winning team.