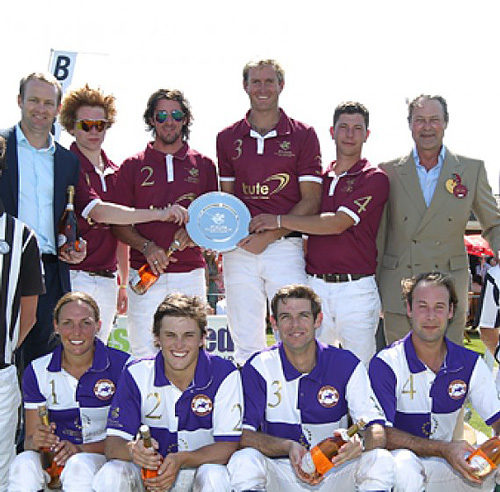 Thomas Lyte are humbled to be the Designers and Makers of the Manor House Shield.  The first-ever polo event at The Celtic Manor Resort was a huge success with more than 2,000 people enjoying a glamorous afternoon of sport in the sunshine.

On the specially constructed polo field, England players Malcolm Borwick and Tom Morley lined up on different sides in the main match. Following a fast start from Cirencester Park, it was Morley’s Celtic Manor team which prevailed 7-6 after four chukkas and won the 12” Silver Dish, created especially for the event by the silversmiths at our silver workshop, due to our long-standing relationship with The Celtic Manor Resort.