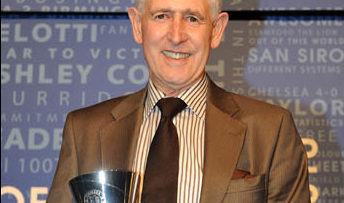 Thomas Lyte are proud to be the Designers and Makers of The Special Recongition Award in 2010.  Peter Bonetti receives the special recognition award for being involved with the Chelsea FC for 50 years, at their annual Player of the Year Awards.

As a former goalkeeper, he was given the nickname ‘The Cat’.  After his retirement, he moved into coaching for both Chelsea and the England National side as well as working with Kevin Keegan at Newcastle United, Fulham and Manchester City.