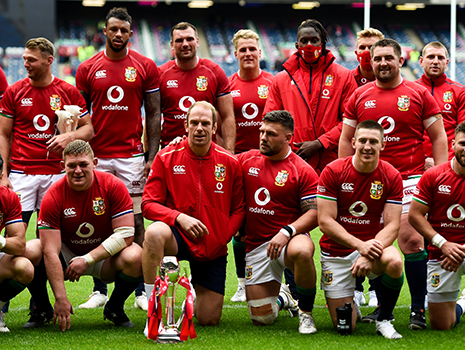 This Saturday sees the first Test between the British & Irish Lions and New Zealand.  Up against the best team in the world in their own back garden, the Lions 23 man match day squad was announced on Wednesday the 21st of June.  With a fitting tribute to Munster and Irish rugby, Peter O’Mahony gets a nod at captain for this match.  The defensive side of the Lions in the build-up games has been their strength but this team selection seems to have every intention of playing attacking rugby.  They need to step up their game and get the tries across the line.  At the press conference in New Zealand, Lions Head Coach Warren Gatland said: “We have picked a side based on form with a lot of players putting their hands up, especially from the Crusaders and Maori All Blacks games, and it was a lively selection meeting.

The win against the Chiefs was also extremely important for the squad and some players played themselves into the side.

“We have continuously been strong at set piece and have been good defensively in the last two or three outings. But to beat the All Blacks you have to be courageous and play some rugby – you have to score tries and I think we have picked a team capable of doing that.” This led to a couple of surprises with Elliot Daly at 11 and Liam Williams at 15 but Gatland added: “Elliot has been very accurate in the way he has played and we saw some excellent attacking play from Liam on Tuesday night. We are excited about the 15 that take the field but also the very strong and experienced bench players who will have an impact.”