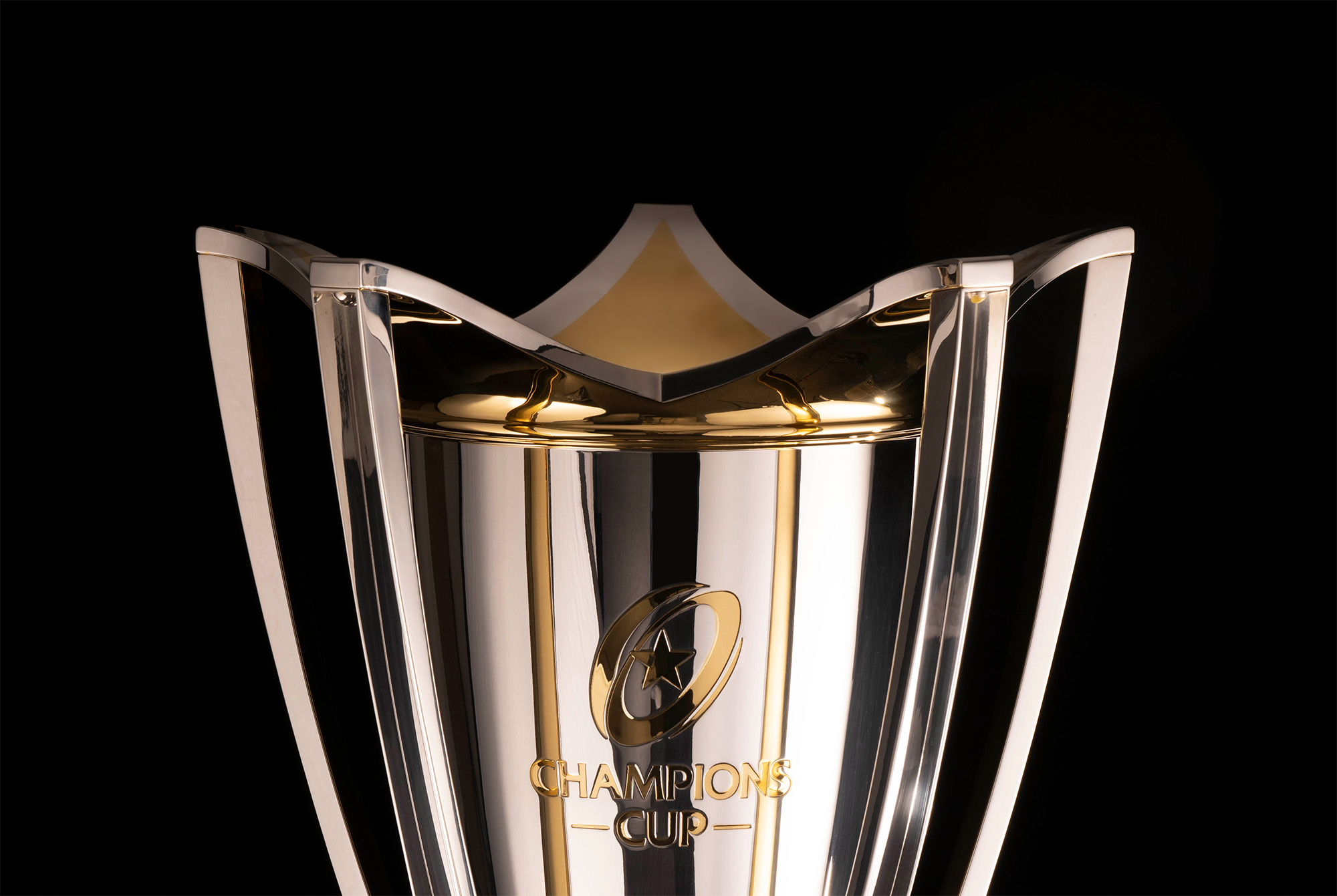 Our London silver workshops were overrun last Friday as the production team for Sky Sports came down to capture the revelation of the new European Professional Rugby Club trophies, Champions Cup and Challenge Cup.

Our silversmiths put the finishing touches to trophies in time for Sky to get their shot and get the trophies packed up and on their way for the big reveal in Dublin.

Collaborating with The Works, the Thomas Lyte design team developed an exquisite and unique piece that put the gold star, symbolising Europe and European Representation, at the very heart of the design. The five handles of the chalice converge at the top, forming the Star Crown to reflect the annual crowning of the ‘Kings’ of European professional club rugby.

The star serves to connect the first 19 years of European club rugby to the new EPCR era: the nineteen stars along the back handle recognise the 19 European Cup winners from 1996-2014, while the 20th star on the chalice will honour the 2015 champion and all future winners. Stars are also used on the gold plinth to recognise the 10 clubs who have previously lifted European club rugby’s premier trophy.

Crafted from a mix of Sterling Silver and 18ct gold plating, standing at 70cm and weighing 13.5kg, this magnificent trophy took silversmith Lee Bull and polisher Colin Hines over 210 hours to make.

Designed and crafted by Thomas Lyte, the European Rugby Challenge Cup is a pathway for emerging clubs, which can now compete alongside Europe’s more established clubs.

Made from Sterling Silver to stand at 60cm and weigh 10kg, the European Rugby Challenge Cup sees a rugby ball held aloft by sterling silver rods, which are topped by silver stars of Europe with the aim of reflecting EPCR’s vision and ambition for the tournament.

After receiving a rapturous applause as they were unveiled in at the Dublin launch today, the Thomas Lyte team couldn’t be more excited to see who will be lifting these iconic pieces at the London finals in 2015.