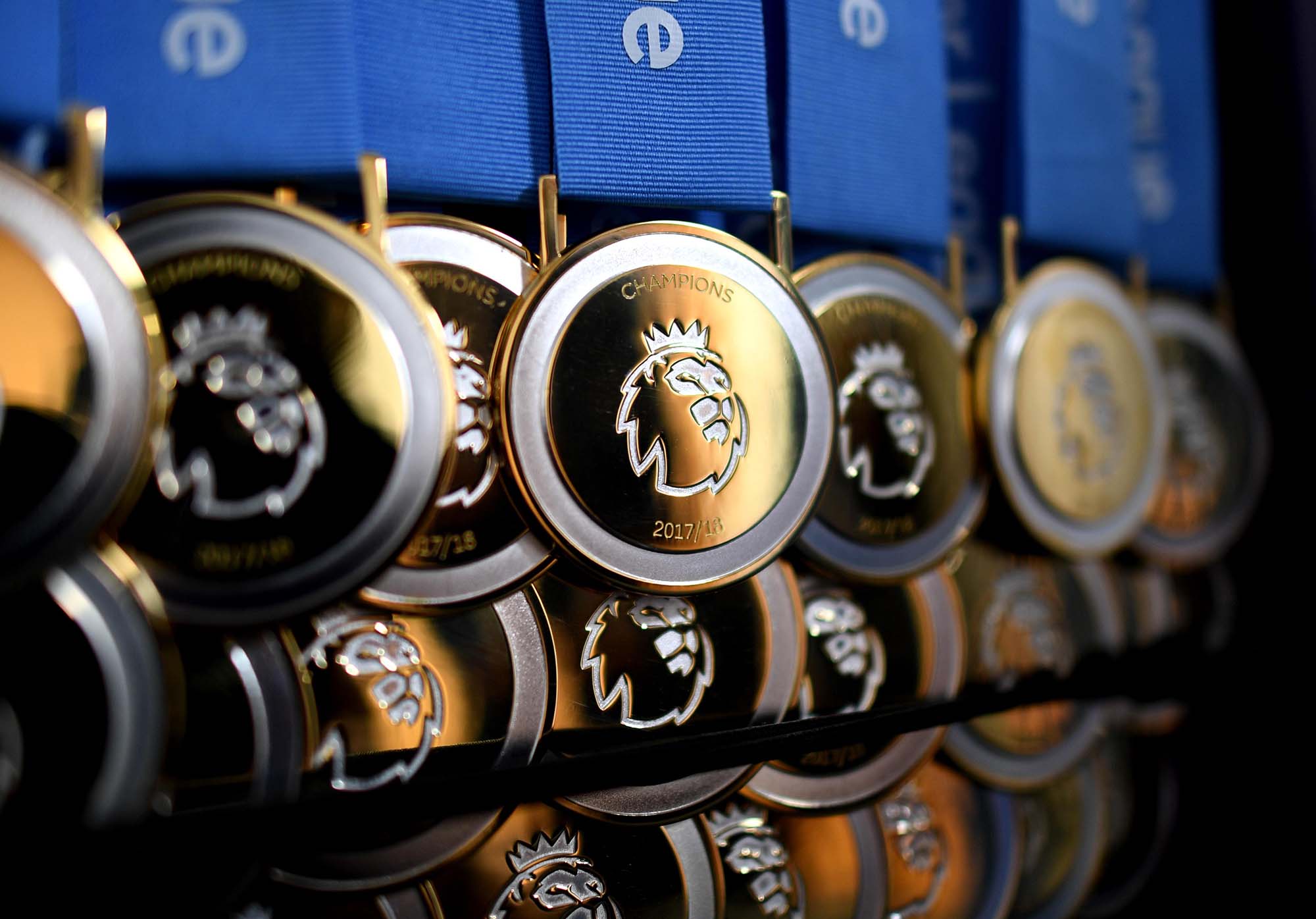 Like the supporters who will be nervously filing into Anfield and the Etihad on Sunday, football is in our blood here at Thomas Lyte. It’s part of our DNA. It’s why we’re so proud of our long-time association with the FA, and it’s why we’ll be following the final day of the Premier League season as closely as the rest of you this weekend.

Whether Manchester City or Liverpool lift the trophy, only time will tell. Our work, though, is already done – and has covered both potential title eventualities. But more of that shortly.

It’s not the first time that the title has gone down to the wire, as Manchester City fans will know only too well. Earlier this week, a statue was unveiled marking Sergio Aguero’s famous last-second strike against QPR at the Etihad in May 2012.

In the final act of the season, the Argentinian not only delivered the club’s first league title since 1968, but also ended the title dreams of their great rivals from across the city. Manchester United’s powerless players watched the events unfold at Sunderland’s Stadium of Light.

Then, as now, everything was already in place for whichever team ended the final day as champions. There were two identical trophies, two presentation parties despatched to the Etihad and the Stadium of Light, and two sets of medals, each with screen-printed ribbons in the colours of both Manchester clubs. Here at Thomas Lyte, we’ve worked hand-in-hand with the Premier League to ensure that the final day of an enthralling 2021/22 season goes similarly smoothly. 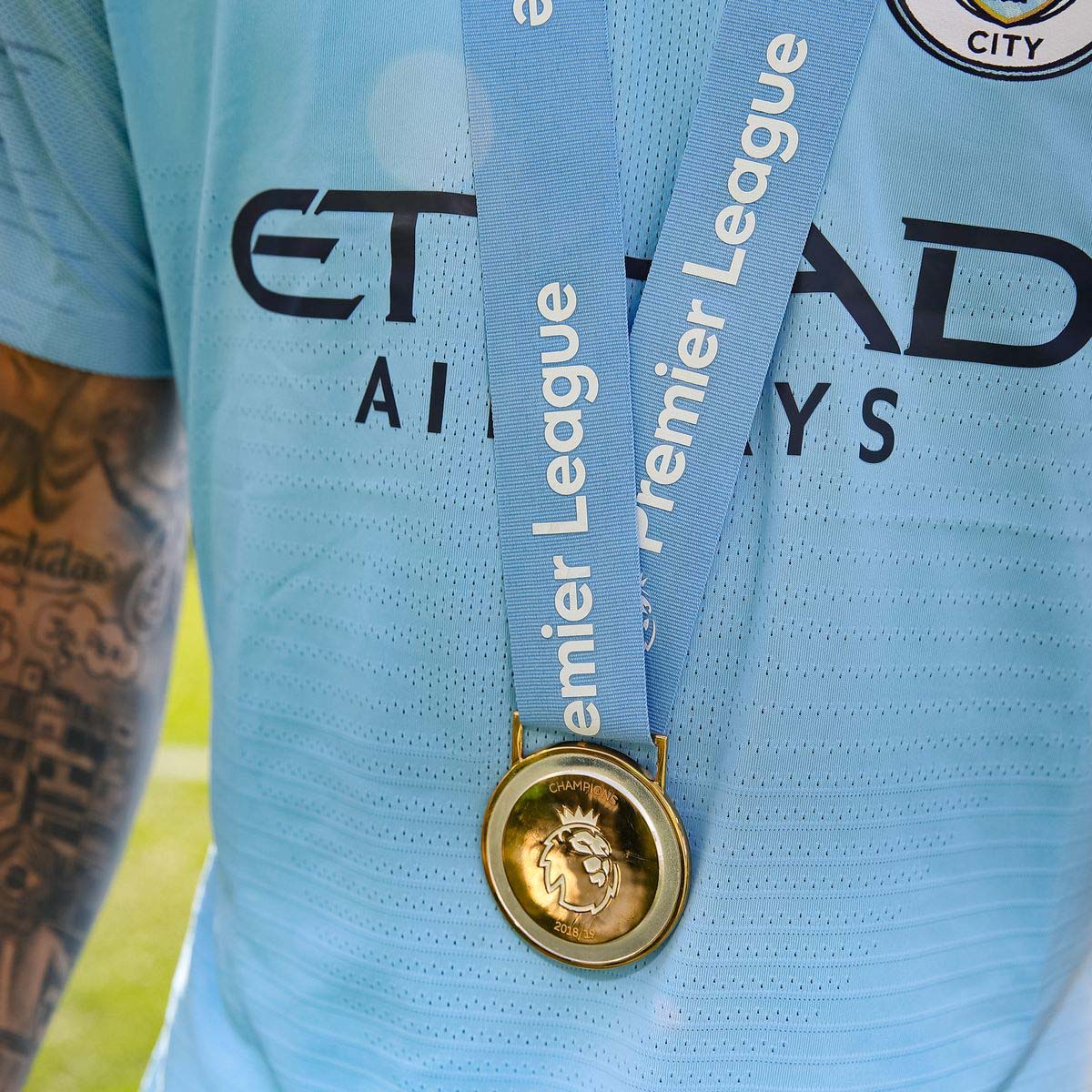 We’re proud to be associated with the world’s most exciting league. It’s a partnership dating back to 2016, when we were commissioned by the Premier League to design and make new medals for the 2016/17 season. The commission was part of a brand refresh, which incorporated a reimagining of the Premier League’s now iconic and instantly recognisable Lion logo.

The first recipient of the brand-new winners’ medals were Chelsea, who finished that 2016/17 season seven points clear of second-place Spurs. No last-day drama that time around. This year, however, things are very different.

This is why we’ve prepared two sets of medals, each screen-printed and bespoke to the winning team’s colours. The work that goes into each one, a reflection of our passion for both our trade and the sport itself.

Made from sterling silver, and featuring the Lion logo, the medals are plated in 24 carat gold. Each medal comes in its own custom-made Premier League presentation box – a presentation case that has found its way into the homes of some of the greatest players to have performed in the English top flight.
As well as winners’ medals, we also design and make medals for a range of other competitions under the Premier League umbrella. These include winners and runners-up medals for all the Premier League’s domestic and international competitions, as well as its myriad of youth development tournaments. 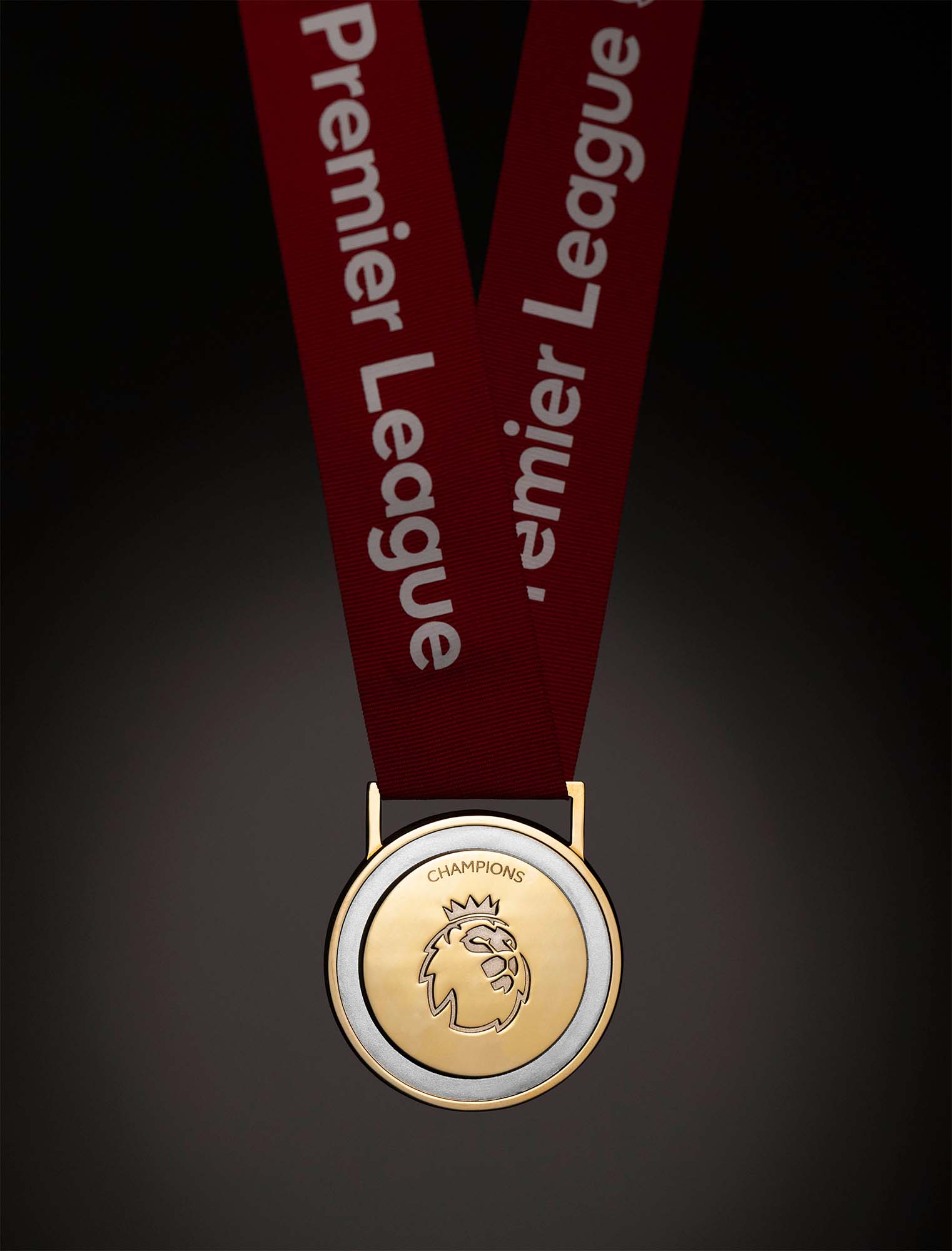 Preparing for every outcome…

Every year, 40 medals leave the Thomas Lyte workshop in London, bound for stadiums that are interwoven not just into the fabric of English football, but of English life and culture.

When the title race is as close as this one, though, we have to do things rather differently, which is why 80 have been produced to cover the possibility of either Manchester City or Liverpool winning the title.

Clearly, given the immediacy of the trophy and medal presentation after the final whistle, there’s no time for medals to be shipped between Merseyside and Manchester, or vice-versa. The silverware for the winners must already be on site. With that in mind, it’s little wonder that we’ll be following the action as closely as anyone when the matches kick off at four o’clock on Sunday.

Who is eligible for a Premier League medal?

So, who receives the medals once the action is completed? Well, as well as the players who have played at least five matches over the course of the season, and the managers and coaching staff, it’s then up to the clubs themselves to decide which other members of club personnel receive them.

As anyone involved in football will tell you, any title tilt is a team effort in every sense. As it is here, too, with so many of our craftsmen and design team involved in ensuring that, at the end of each season, the medals reflect the hard work, toil, and eventual glory of lifting one of the most famous trophies in global sport.