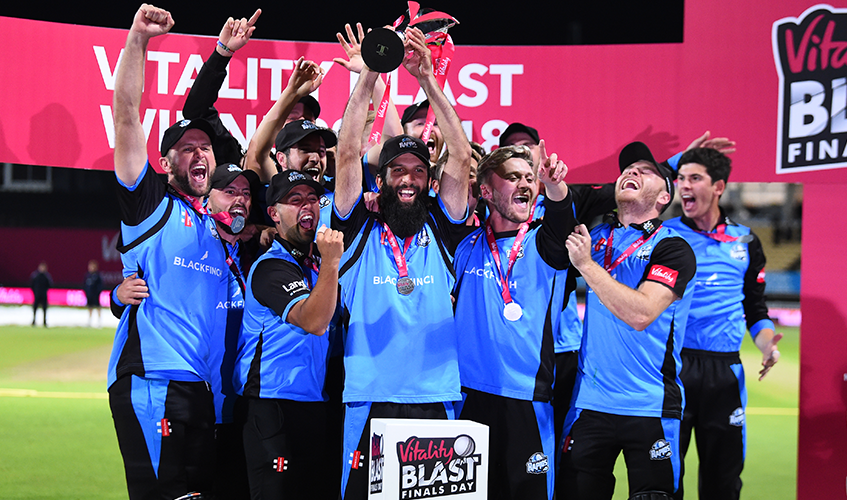 When Twenty20 was first unveiled in 2002, it was nicknamed a ‘game of hits and giggles’ by cricketers. Well, the hits are still very much in evidence, but the giggles have been replaced by broad smiles. The shortest format has provided the sport with a source of finance that simply wasn’t available a generation ago.

Thomas Lyte is proud to have played its own role in this particular revolution. We designed and created the iconic Vitality Blast Trophy, which will be lifted this weekend at Edgebaston. 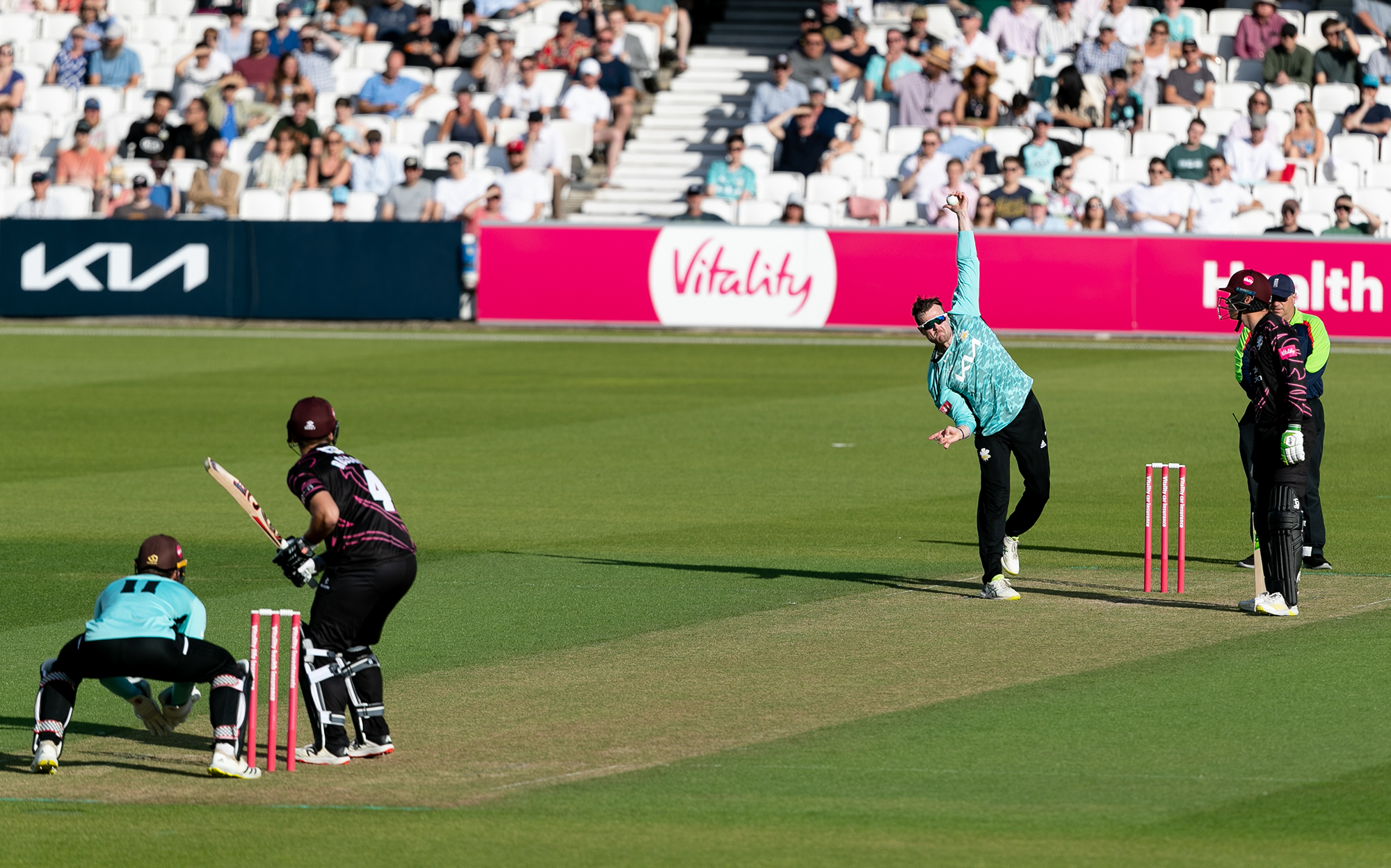 Why was the Vitality Blast invented?

Back in 2002, the England and Wales Cricket Board were looking for ways to bring in additional funds for the domestic sport. Their plan was to create a format that could appeal to both cricket lovers and the uninitiated. Those who had yet to fall head over heels with the sport.

The idea was to come up with shorter forms of cricket. A new form of the game that people could come and enjoy with friends and family after work and at the end of a school day. A format to compliment test cricket. One which incorporates many of the fun elements that would then go into making The Hundred such an enormous success two decades later.

“Before the end of the decade, Twenty20 Cricket would allow cricketers to earn the kind of sums that would have previously have been unthinkable in tournaments across the world.”

Enormous positivity greeted the initial tournament in county grounds across England. However, no one had the first idea that it would go on to change the sport to the extent that it has. Bringing forth its own T20 world cup.

Before the end of the decade, Twenty20 Cricket would allow cricketers to earn the kind of sums that would have previously been unthinkable. Most notably the hugely successful tournaments in India with the Indian Premier League (IPL) and Australia’s Big Bash. Perhaps, as a result, all three test-playing nations also have a T20 cricket world cup win. A highly respected prize to add to their international cricket honours.

The T20 revolution developed at a pace that matched the thunderbolts bowled by some of its initial pioneers. It continues to be a sporting juggernaut, that shows no sign of slowing. One which has inspired a new generation of cricket supporters around the globe. 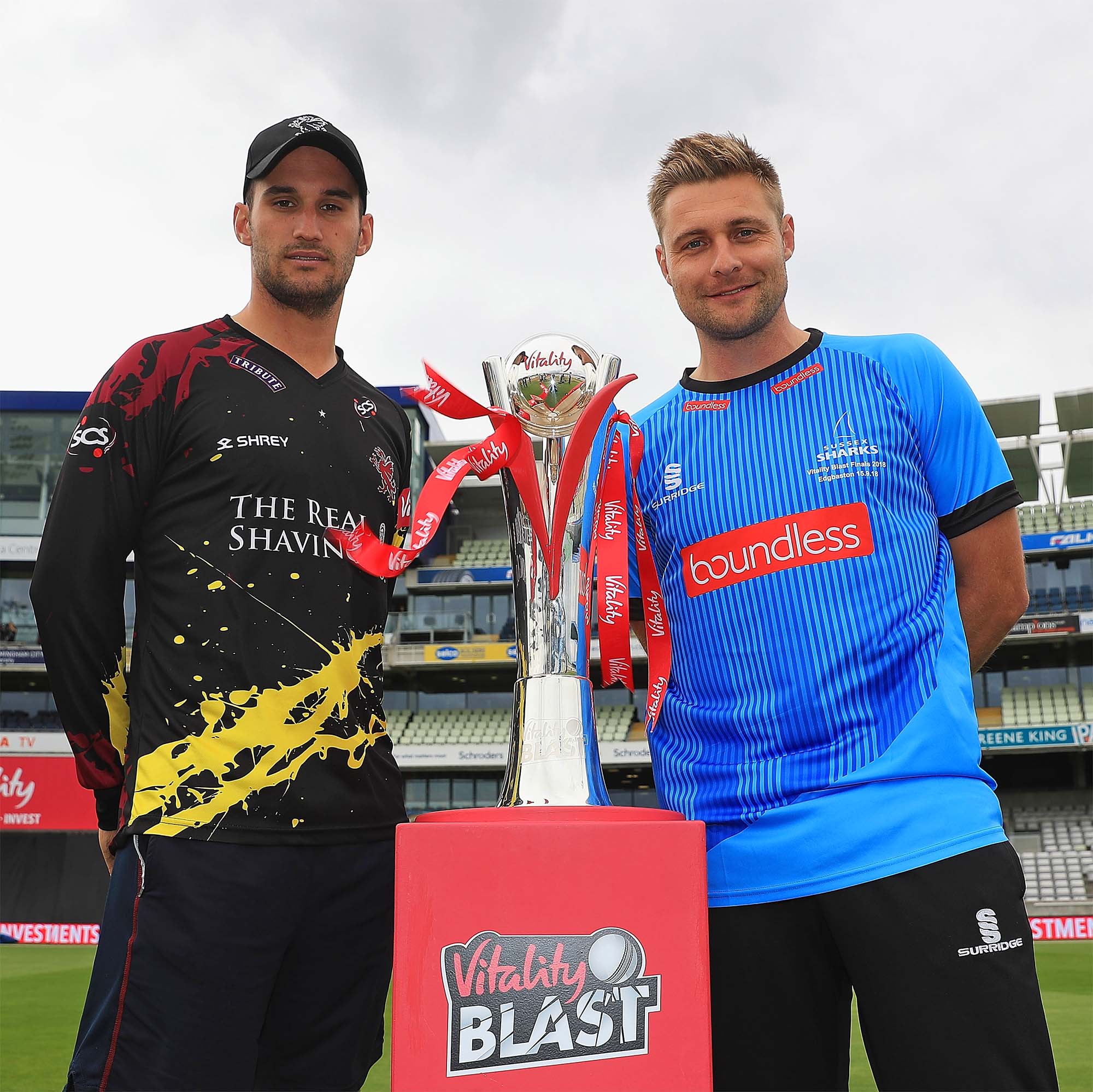 In the summer of 2022, the world’s first T20 tournament and the competition which started it all – the T20 Blast – celebrated its 20th anniversary. And although the fundamentals of the sport remain the same, the format itself has changed out of all recognition. Not least the size of the sixes hit by the batters and the variations employed by the bowlers in a bid to prevent scoring rates from spiraling even higher.

Thomas Lyte may not have been there at the start. But since 2018, the silversmiths and goldsmiths have been an integral part of the competition’s ongoing success. 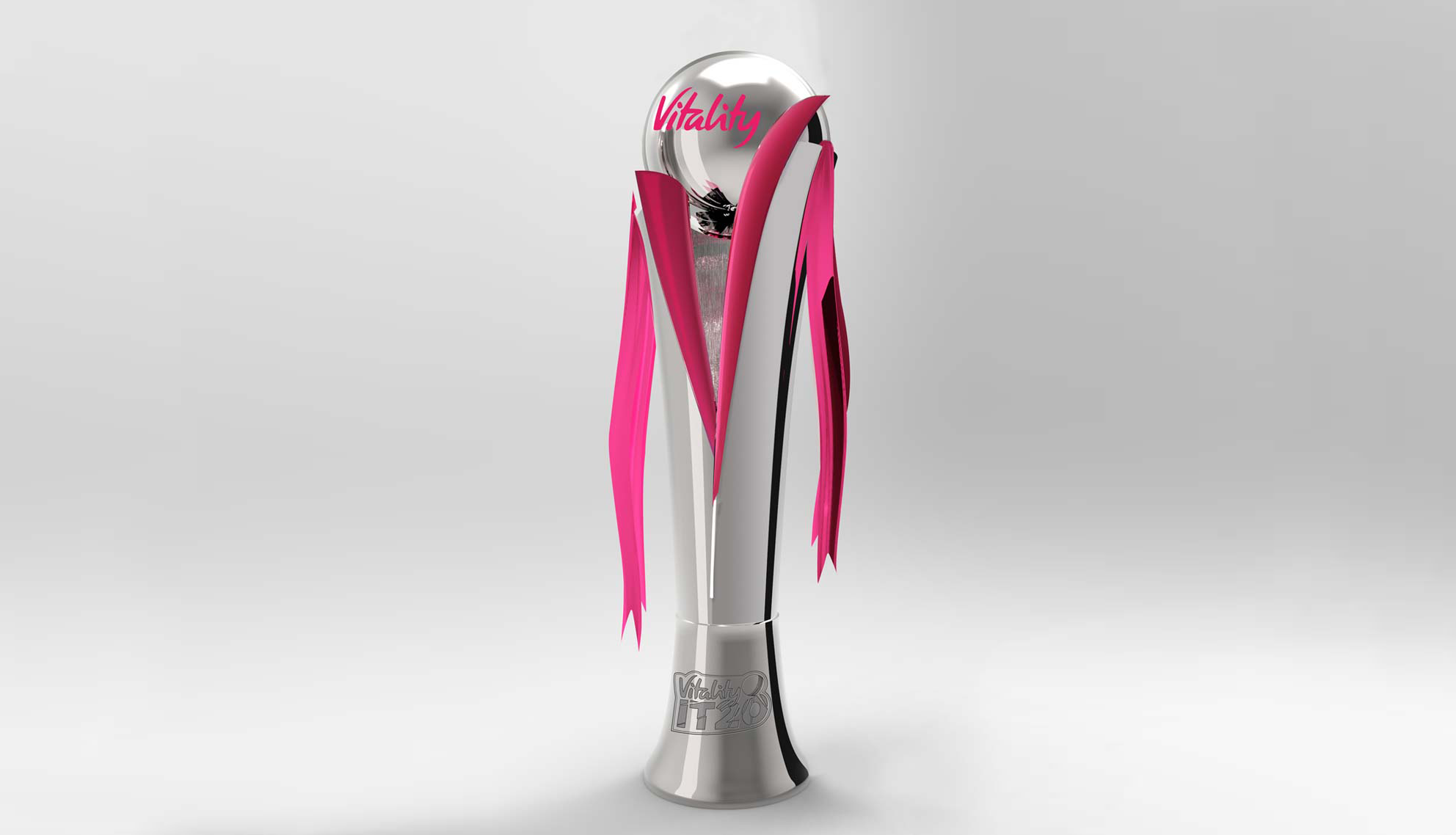 The epic tale of Thomas Lyte and the T20 Blast Trophy

We were approached in the winter of that year to design and produce a new suite of trophies on behalf of Vitality. The insurance firm are the main sponsor of the domestic T20 Blast competition here in England. Over the course of 140 hours in our London workshop, we created a trophy. A symbol among the most distinctive in global sport, and now a staple of the English sporting summer and a mainstay on finals day.

In many ways, the trophy mirrors the format of T20 itself. The classic vase shape is embellished with an opening at its front. This reveals a set of stumps and a cricket ball perched on its top. It’s an extraordinary design that reflects both the expertise of the designers and the silversmiths who worked tirelessly on its creation. We incorporated centuries-old traditional skills and modern methods to create a trophy that epitomises the cutting-edge nature of T20 cricket.

Eight of our master craftsmen were instrumental in its production. The stumps and the ball were both hand-spun, with particular emphasis paid to the seam, which extends proudly around that ball. The individual elements were assembled by hand and plated in silver. Our team of polishers then gave the trophy its gleaming mirror finish. The competition logo is emblazoned on the foot of the trophy, while the sponsor’s distinctive V is painted in Vitality pink.

The Thomas Lyte-made trophy is a modern classic, with an age-old twist. Similar, in many ways, to Twenty20 cricket. Congratulations to the ECB and to cricket for 20 years of this magnificent format. 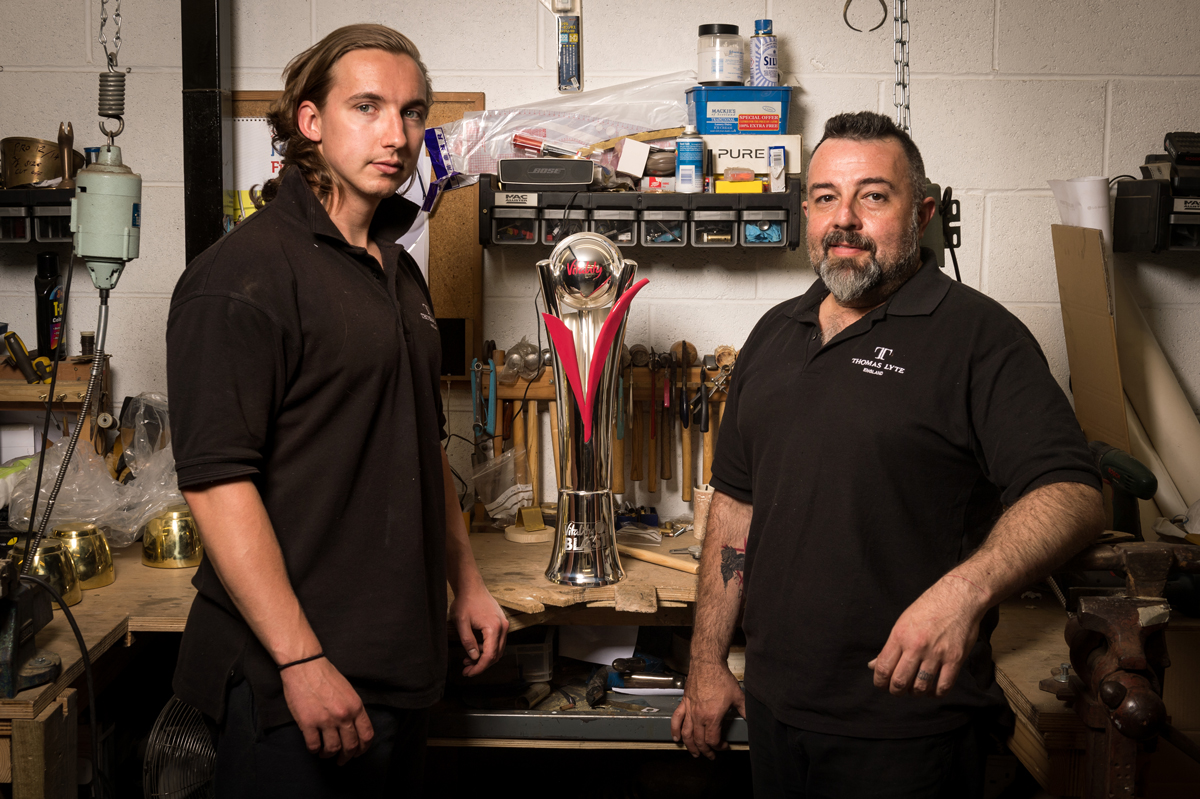 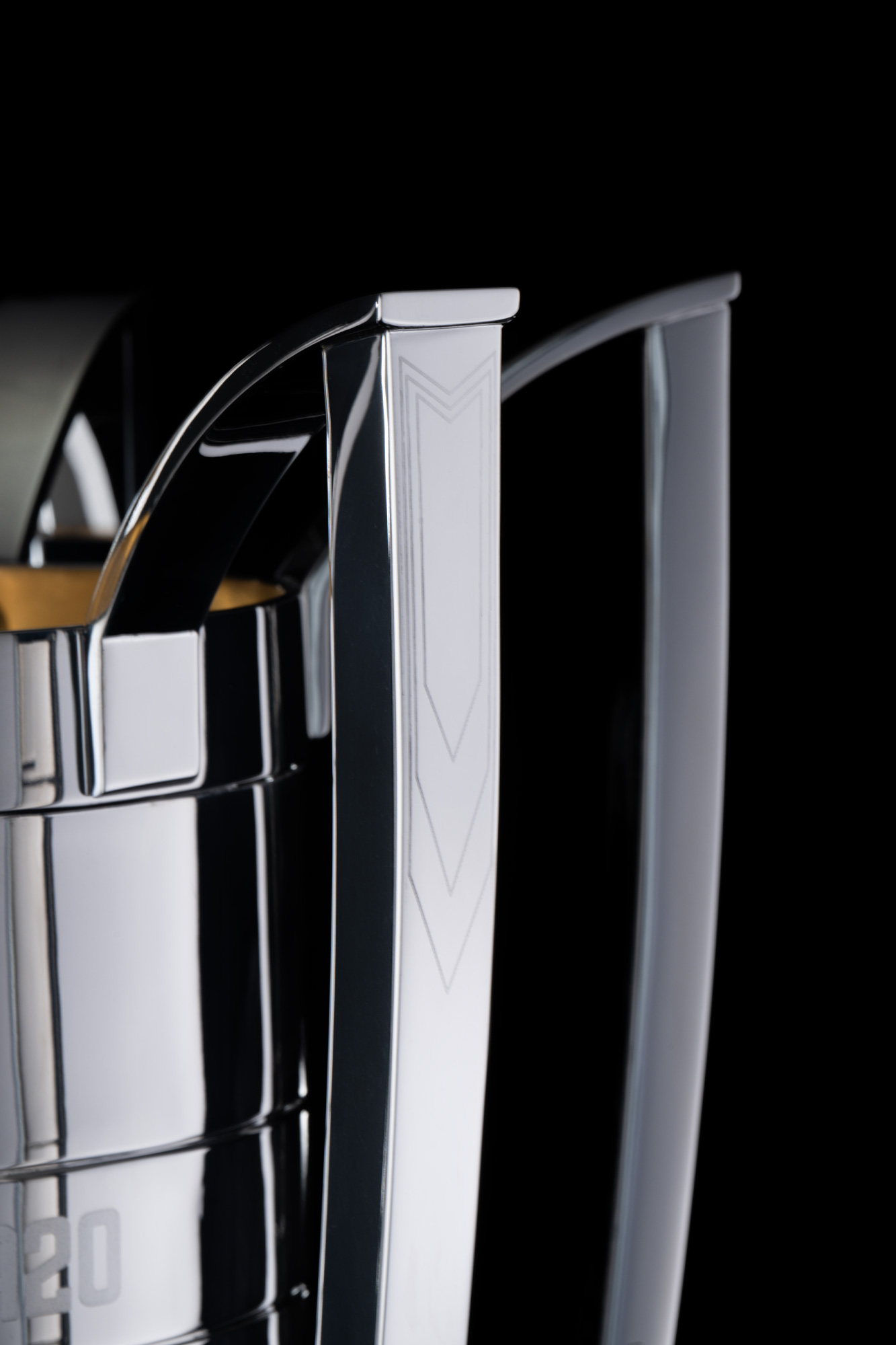