FA Cup given value of £1m on BBC’s Antiques Roadshow 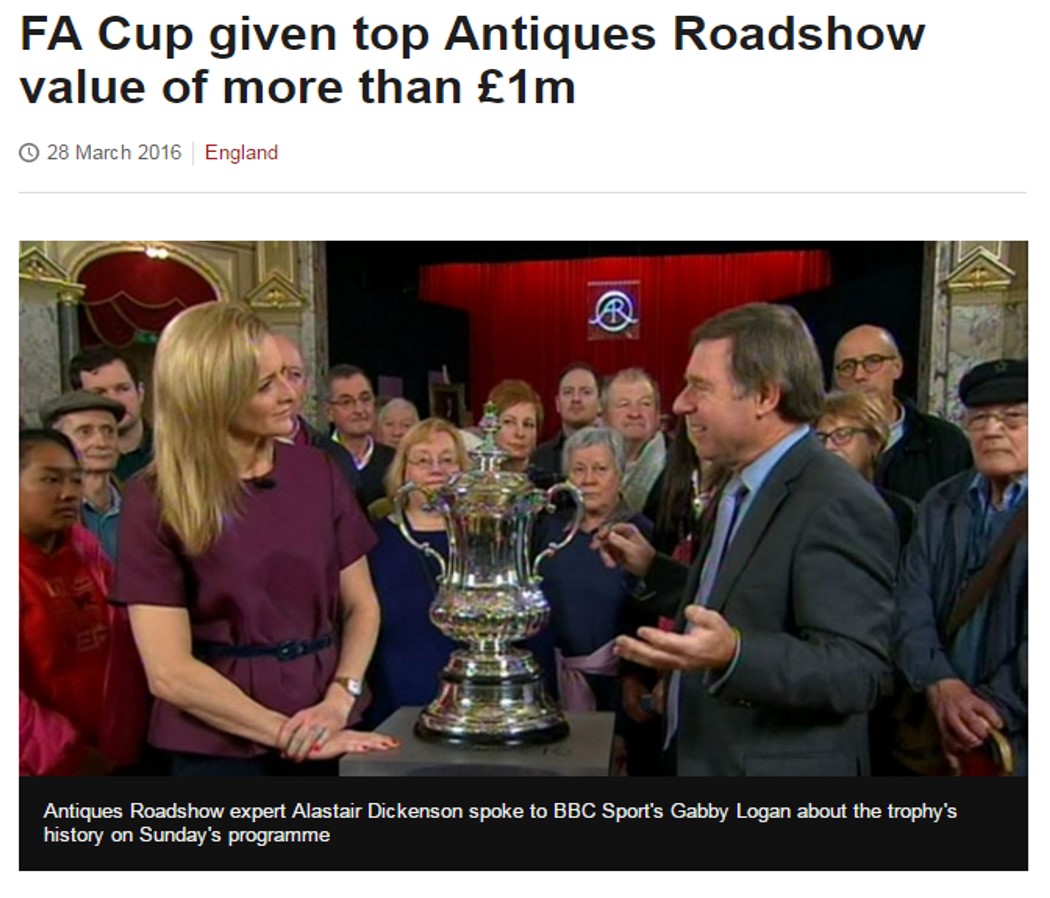 Thomas Lyte are thrilled to be part of a feature regarding the iconic FA Cup trophy on BBC News. Sunday’s program of Antiques Roadshow saw expert Alastair Dickenson discussing the value of the trophy with BBC Sport’s Gabby Logan. The longest-serving FA Cup trophy was in fact valued at more than £1m on the show – making it the BBC show’s most valuable item.

The original FA Cup trophy was presented at the first final in 1872 but was unfortunately stolen shortly after. The second was replaced by the Football Association, and is now is on permanent display at the National Football Museum. This trophy, featured on Antiques Roadshow, was used for every final from 1911 until 1991, when it was decided it was too fragile to continue being used.

This trophy was succeeded by an exact replica, however, it was only used for two decades before its retirement, due to wear and tear.

2014 marked the birth of a new trophy, handcrafted at our own London-based silver workshops, by our master silversmiths. Originally commissioned in 2013, over 250 craft hours have been used to make this stunning 2014 trophy. The FA has documented this historic moment in British football by filming Thomas Lyte Silversmiths crafting this masterpiece from a single disc of solid silver into the finished trophy.