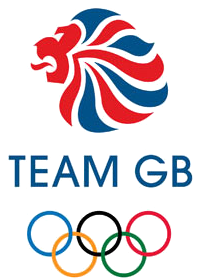 Thomas Lyte are delighted to be an official licensee of luxury gifts for The British Olympic Association (BOA).

In 2012, the new partnership was launched with the first exclusive range of such products produced for Team GB. Proceeds from the sales went towards supporting Team GB athletes on the road to Sochi and Rio. Following the initiative, Team GB have continued to utilise Thomas Lyte’s gifting services to recognise achievements made by those associated with British sport. The partnership is a magnificent example of Thomas Lyte’s commitment to supporting and celebrating the very fabric of sport in the UK and beyond.

CEO of Thomas Lyte Kevin Baker said: “We are excited to associate our luxury products with Team GB. It is an opportunity for us to promote one of the most important sporting organisations in the country, and we are very pleased with the range of products we have produced. With our existing links and knowledge of the sporting industry, Team GB was the natural licensing partner for us to join forces with, and we feel privileged to be associated with such an iconic and patriotic organisation.”

Thomas Lyte is renowned globally as the manufacturer of some of the world’s most iconic sporting trophies, including The FA Cup, The Ryder Cup, The Rugby World Cup, The Brad Drewett Trophy (ATP World Tour Finals) and many more, indicative of the elite role the company plays within the luxury sporting goods industry.

Team GB Marketing Manager Leah Davies said: “For millions of Team GB fans throughout the United Kingdom, the Thomas Lyte Team GB range provides an opportunity to connect with, and show their support for Team GB at the upcoming Sochi 2014 Olympic Winter Games and those on their journey to the Rio 2016 Olympic Games.”